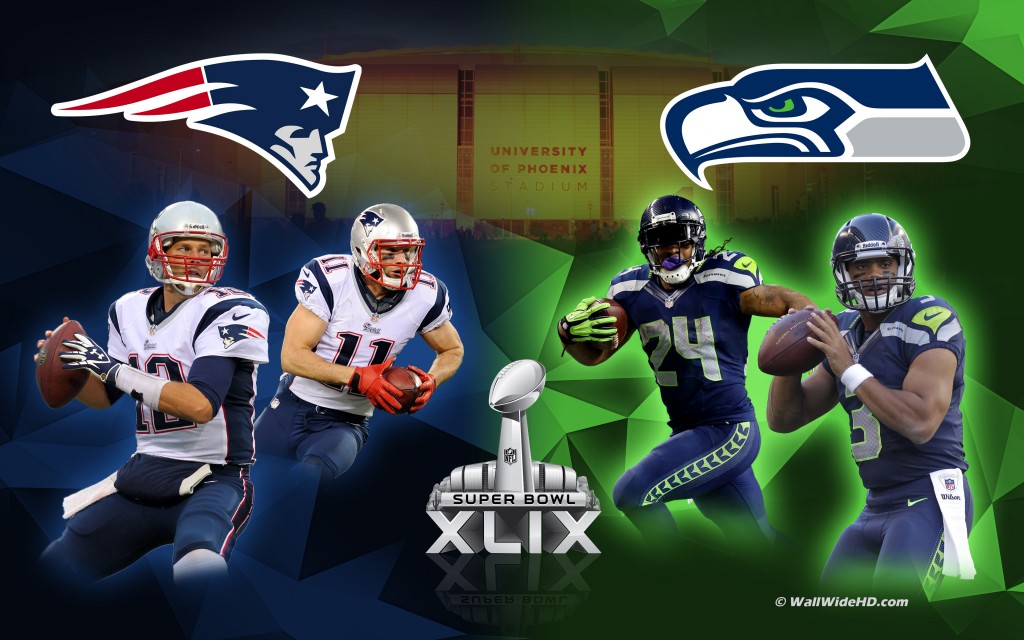 If God loves football, he is definitely a fan of the Seattle Seahawks. After observing the Seahawks pull off the improbable victory over the Packers on Sunday, one can only assume that they are destined to repeat this year.

For once, the loudest stadium in America sat silent, as Seahawk fans were stunned at what was transpiring right before their eyes.  Disbelief was resounding in CenturyLink Field, as the Packers were five minutes away from punching their ticket to Super Bowl XLIX.

Then…it happened. And it happened in dramatic fashion. First, Russell Wilson leads the must needed scoring drive. Subsequently, there was the play that will forever haunt Packers TE Brandon Bostick. (Hey Brandon, at least Scott Norwood can sympathize with you). And then, Beast Mode lets loose for a touchdown. Followed by the hail-mary-type two point conversion.  Before you were able to blink, the Seahawks had taken the lead with 1:25 left. And the rest is history.

If you can’t say anything else about the Seahawks, they may possibly go down as the most resilient team in the history of the NFL. The difference between good teams and great teams, is that great teams play their best when experiencing adversity or major deficits.

The Patriots on the other hand, decided to make their game less dramatic, as they plowed over the Colts in a 45-7 romping. Tom Brady proved why he deserved to have his sixth career start in the Super Bowl; unprecedented for the quarterback position.

The most impressive thing about this win wasn’t necessarily the Patriots high powered offense, but that their defense limited the Colts to 209 total yards, while keeping star QB Andrew Luck in check.  The Patriots defense, which is often underrated, showed what they could do against an efficient offense.

The Patriots looked like the most complete team in the league on Sunday. They dominated both sides of the ball, and got a tremendous boost from RB LeGarrette Blount, who cruised for 148 yards and 3 TDs.  With Brady playing at his best, Blount running wild, and a stingy defense, the Patriots will be tough to beat in the SuperBowl.

The Seahawks have arguably the best secondary we have seen in the last 20 years. However, pending the severity of the injuries to All-Pro corner Richard Sherman and All-Pro safety Earl Thomas, the “Legion of Boom” may be largely ineffective. Tom Brady is not the kind of quarterback that you can play against at 70% healthy. He’s capable of shredding your defense. And with Gronkowski as effective as ever, the Seahawks definitely have their work cut out for them.

On the offensive end, Russell Wilson HAS to play MUCH better if he wants a shot at getting another ring. Wilson’s play in the first half of the NFC Championship game was very uncharacteristic of him, and at times he looked lost. Expect the Seahawks to come out the gate establishing the run game with Lynch. Once the run game is established, that opens up a lot more opportunities for Wilson and his receivers.

Something tells me, this Super Bowl will be decided in the final minutes. Though the Seahawks are extremely resilient, the Patriots are hungry as ever to win a Super Bowl (especially after losing their past two). I know this sounds cliche, but the game will be won by who wants it the most. While Russell Wilson is looking to add to his legacy, Tom Brady is looking to not have his legacy tarnished by losing three straight Super Bowl appearances.  I’m sure the last thing Brady wants to experience following a loss, is to hear Sherman’s three words that have taunted him before.